Remove People from a Photo Example

In this case, a couple people needed to be removed from a picture of a beautiful church. We were able to remove several people and a hose in the foreground and retouch the photo by adjusting the colors. As a result of adjusting the contrast, the color of the red doors and sky was muted, so we masked them out and brightened them up a bit. 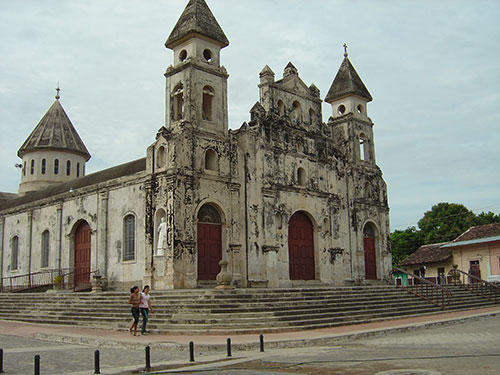 Original photo with unwanted people in the frame. 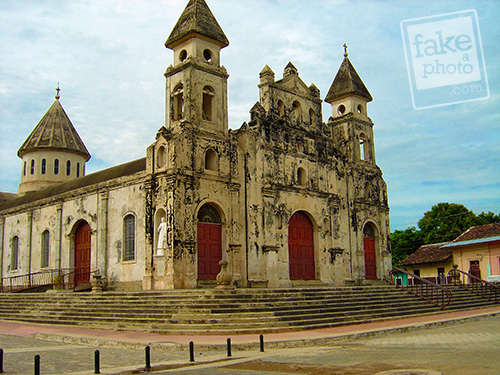